Commercial Drones – a New Page in the World of Labour

The rapidly globalizing world is dramatically accelerating the pace of various innovations occurring within all the spheres possible, and drones are not left aside.

Before entering the commercial world, UAVs were mainly engaged in the military sector. Most probably particularly this served the reason for the whole issue of drones being faded into a relative obscurity for such a long time.

Nevertheless, recently the mystery surrounding drones has been cleared up and they have confidently entered into the phase of their major technological development.

Therefore, fundamental changes are reflected not only in new and extraordinary designs available. The way drones are used for commercial purposes in various sectors seems to be fascinating, too.

Drones are widely believed to act as a key factor in determining and ensuring both the quantity and quality of agricultural production.

First of all, drones can be perfect for crop and livestock surveillance. Managing a crop field from the air can reveal different patterns that uncover everything from irrigation problems to soil variation that are not apparent at the eye level. Moreover, taken images allow to create a view of the cropland that highlights differences between healthy and distressed plants in a way that cannot be seen with the naked eye. Also, it is important to mention that compared to satellite imagery, the one captured by a drone appears to be less expensive and offers higher resolution.

Hopefully, one day this device will end up better-known as a green-tech tool buzzing over farms like a tiny “crop duster”.

Drone technology also suits to a number of conservation and environmental applications which offer quick, easy and cost-effective aerial imagery. Firstly, they can easily monitor animal populations without disturbing them.

Moreover, drones have an ability to identify species and count animals in hard to reach places. This helps to save endangered species from becoming extinct.

In addition, drones can protect the environment by checking fields and plantings for erosion, land degradation and the encroachment of invasive species. In some cases they even might send real time reports on pollution and industrial accidents that have to be resolved without any delay.

Last year Amazon made a lot of people raise their eyebrows by announcing that they are to start testing a new service involving delivery by drones. Therefore, now it seems to be perfectly normal, as long as customers realise that unmanned quadcopters rapidly delivering packages to their doors eliminate both wait time and the cost of human labour.

However, drones are efficient not only for the manufacturers tending to satisfy their clients. These devices are also actively engaged in the process of distributing emergency medicine and aid in the areas damaged by various natural disasters that often make these places almost impossible and too dangerous to travel to by land.

Furthermore, drones appear to be extremely valuable in the regions where help has to be sent to remote villages that cannot be reached by any other means. Fortunately, new opportunities offered by delivery services allow to provide humanitarian services such as food, water, clothes and many other vitally important supplements to those who literally fight for survival.

What is more, drones are capable of carrying time-sensitive documents. This option opens a great opportunity to business people who express the will to simplify both internal and external business communication.

No doubt that drones have dramatically changed ordinary photographers’ life by introducing a completely new and challenging language full of thrill and beauty. Consequently, photography drones enabling to capture completely new perspectives and offering ease of flight as well as high-quality photography or videography have successfully penetrated this market segment, creating a so-called “drone mania” among customers at the same time.

Not surprisingly, more and more filmmakers are considering the idea of acquiring drones able to carry cinematic quality video cameras. This tendency is rapidly growing due to the fact that drones are less expensive than all the necessary equipment for film making, which also needs to be fixed on helicopters operated to capture a perfect imagery. 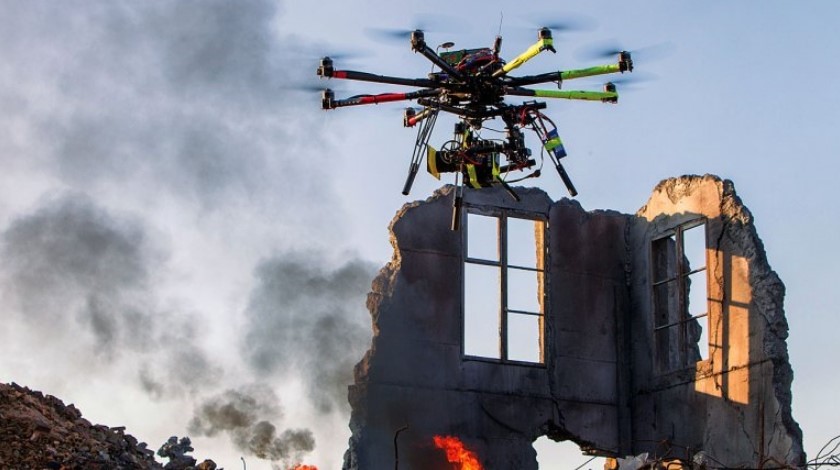 What is more, drone photography is gaining popularity among journalists and reporters. Now they are able to provide photos or videos from areas of conflict, war, accidents or disasters without endangering their lives. Additionally, this process consumes less time and improves productivity.

Also, the representatives of the mass media do not leave drones aside when going to different important events. It is always interesting to spot some aerial images that transfer all the breathtaking moments from concerts or any sports competitions.

Additionally, aerial drone photography is used for advertising purposes. For example, real estate agents, hotel and resort owners actively use drones to produce impressive images presenting their products and services as unique. Flying machines enable entrepreneurs to find better marketing solutions to stand out from the rest of their potential rivals.

Moreover, these nimble, affordable and accessible flying machines are effectively used in disaster management as long as they are able to provide a real time video footage in order to help reach certain decisions or simply to enhance repair efforts by guiding people working on the ground.

It might seem unexpected; however, drones are frequently employed by engineering firms to perform surveying work, too. For instance, utility companies inspect electrical lines, towers and remote stations by the means of drones. Also, they are sent to check oil and gas pipelines.

Sometimes drone operators are employed in order to gather data related to the condition of roads, bridges or other constructions that need to be repaired immediately.

Furthermore, architectural firms and construction contractors, as well as engineering companies, gain benefits from the usage of drones, too. First of all, architects can carry out inspections of buildings that are still under construction in order to draw up reports on the progress or possible problems.

Therefore, the most valuable advantage offered by drones is the possibility to create 3D renderings of the structures architects aim to build. This ability is essential in order to come up with accurate designs and understand how their projects fit within properties. Generally, it could be said that drones help to bring the design to life.

Unmanned aircraft is also used in order to help police conduct particular operations. Drones have proved to be inevitably important in search for someone or something. These devices replace hundreds of people and equipment engaged in search operations, especially in heavily wooded areas and large fields.

Recently there has appeared one more application for drones connected to internet access. Facebook purchased solar-drone company Titan Aerospace which proposes to bring internet access to remote regions of the world by drone which has just completed a successful test flight.

According to Jay Parikh, the global head of engineering and infrastructure at Facebook, new technologies like Aquila have the potential to bring access, voice and opportunity to billions of people around the world, and do so faster and more cost-effectively than has ever been possible before.

On the whole, it could be concluded that commercial drones contribute not only to the enhancement or automation of the work process but also give a beam of light to those who are becoming utterly desperate.

The applications of commercial drones mentioned above are only the most commonly used ones. No one knows how many new opportunities will arise in the future. Due to their endless possibilities drones are believed to fundamentally change a number of industries.