How Important is Pilot’s Age?

How important is the age factor in the pilot’s career one may ask oneself. Two aspects are important at this point. The legal age to start your training and get a pilot’s licence tempts the beginners that dream about a career in aviation. On the other hand, strict age restrictions define when it is a time to finish your pilot’s career.

There are many thoughts and discussions whether aviation needs the minimum age line to start the training. Could it be only a matter of judgement and maturity but not age? One may claim that motivation to learn is the only component needed to start the pilot training. This means that the person is ready to understand the training materials, follow the procedures and understand flight instruments as well as displays and to evaluate aircraft and situational conditions. And only a learning process is important because one needs to exhibit higher-order thinking skills, learn and apply rules and acquire good decision-making skills in order to be a pilot in command.

However, the minimum age regulations for starting the pilot training differ in the country under which regulations it stands and which licence one is about to acquire. The Federal Aviation Authority (FAA) allows to apply for a student-pilot certificate from 14 years old for the glider or balloon licence and from 16 for other licence types. While European Aviation Safety Authority (EASA) has tighter age restrictions. The requirements are to be at least 16 for the private pilot licence (PPL) and at least 18 for commercial pilot licence (CPL) or airline transport pilot license (ATPL).

Nevertheless, each candidate for a pilot’s licence go through the same training standards regardless of their age.

Can one be too old to start the training?

There are many people who desire to start their aviation training later in their life. There is no written rule when one cannot enter the training anymore. However, one has to be able to maintain the class one medical certificate. Not everyone has an opportunity to start their dream training right after finishing school. Some of us need years for saving up the needed amount until there is enough to pay for the training. Others might change their minds when they get fed up with office work with strict hours and routine. Moreover, starting at the later years one should think wisely, whether it is a good idea to start at around forty because what one is intending to achieve takes some time and consideration.

Also, it is illegal for an employer to discriminate against age although most airlines would prefer to recruit younger fresh candidates.

When is it time to stop flying?

There is an organization called The United Flying Octogenarians of members who have flown as pilot in command on or after their 80th birthday. However, this does not mean that a pilot can work for the airline until that age.

First of all, mental or physical problems may prevent a pilot from performing well. If one cannot maintain their medical class 1 then that is it.

Moreover, even the calendar age might be a key factor for the capability to fly in command. Even though a good attitude, clarity and physical ability to maintain the medical, the ICAO has the maximum age limit for airline pilots. It prevents those over 65 from flying because a licence cannot be renewed due to this age limit. Most countries including India (DGCA) follow the recommendation. This does not mean one cannot fly at all, just not for an airline anymore.

There are other countries like The United States where Federal Aviation Authority (FAA) does not set the age limit for pilots flying under Part 135 regulations.

On the contrary, there are countries that impose the age limit but are forced to raise it because of the lack of pilots in command. Japan is one of them. The age limit was raised there from 62 to 64 in 2004 and again from 64 up to 67 in 2015 in order to solve the issue of Asian pilot shortage. Although, it might be seen as a huge benefit for those flying, it is a big trouble for the whole industry finding the replacement of the generation that is getting older. A high demand by passengers, booming low-cost carrier sector create the shortage of pilots. A major problem is predicted to arise in the 2030s when the majority of Japan’s captains now in their 40s hit the retirement age.

The average age of pilots in command

The pilots generation is getting old is it crisis?

Drastic pilot shortage in some regions makes the industry struggle and look for solutions. To make matters worse, aviators’ generation is getting older. And while airlines are expanding amazingly with high numbers on new aircraft orders, the statistics shows that the average age of pilots is going sky-high and countries have even started raising the age limit in order to avoid adverse consequences. ICAO indicates that the late retirement of the current generation of aviation professionals is one of the attributes of the shortage of aviation professionals. What the industry can do right now is to concentrate on attracting the new generation into the aviation industry in order to assure the sustainable future. 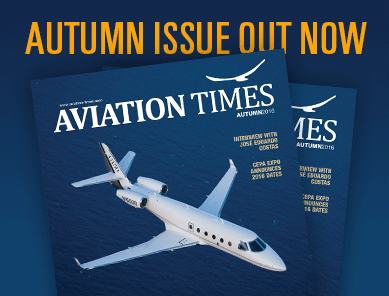