Riga Airport Asserts Its Leading Position in the Baltics 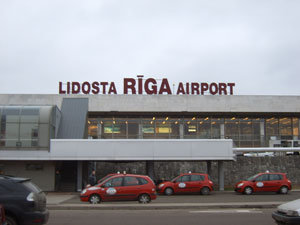 On 18 July 2016, the Council of SJSC Riga International Airport got acquainted with the progress of the action plan of the Airport’s business plan for the first half of the year.

“By serving 45% of the entire Baltic air passenger traffic and 46% of the air cargo volumes in the 1st half of 2016, Riga Airport keeps its leading position in the Baltic market,” says Juris Kanels, Chairman of the Council of Riga International Airport. “It should be noted that the Airport has made a significant contribution to the integration of the aviation industry, by initiating development of the cooperation platform for the Latvian aviation industry. This way the industry representatives have an opportunity to hold regular meetings in order to address the challenges faced, thus promoting more efficient development of the industry.”

This year London, Moscow, Frankfurt, Oslo and Helsinki are the most popular destinations in terms of passengers handled; the greatest growth was recorded in the number of flights to Berlin, London, Kiev, Moscow and Stockholm.

The Airport constantly works to improve its service quality, providing convenient infrastructure to its passengers and visitors, thus creating, maintaining and improving customer experience. Currently work continues on the terminal expansion project stage 5, phase 2. It is planned to complete the construction of the new North Pier by the winter season 2016.

Riga International Airport is the largest air traffic hub in the Baltic countries, serving 45% of the air passengers in the Baltic States. The 20 airlines operating at Riga Airport offer 69 destinations in the winter and 79 in the summer season.